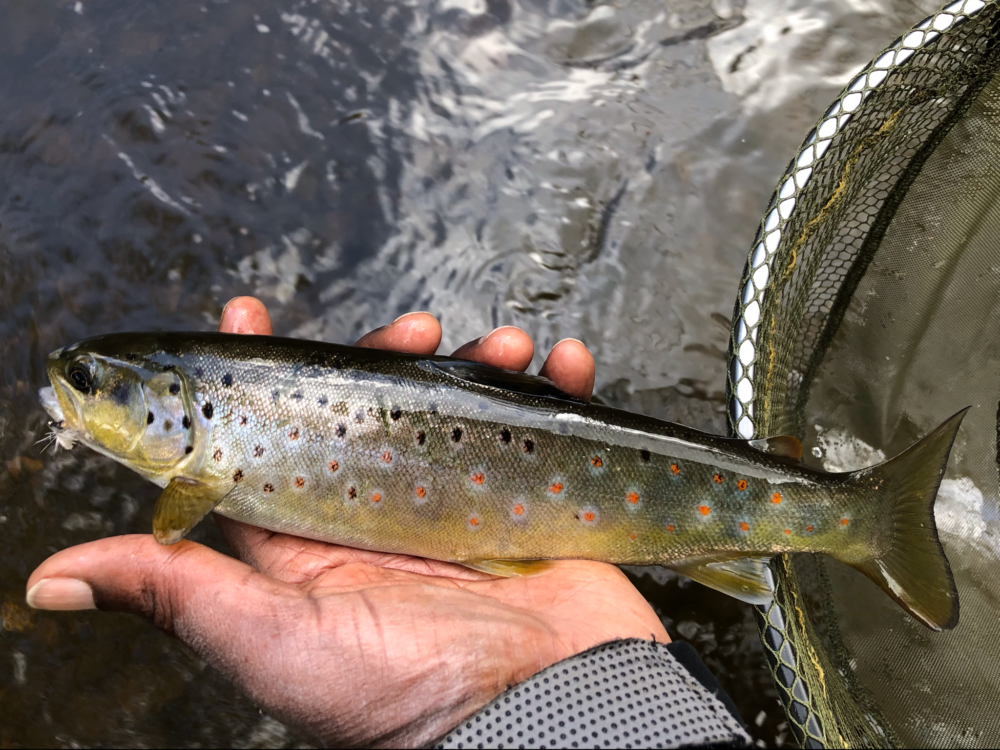 What a difference a few days make. The rain finally came and as a result, all of this weeks guiding on the Dee had to be postponed.

It was a complete contrast to last week when I was out virtually every day. So much so that by Thursday, I was suffering withdrawal symptoms.

Light rain was forecast throughout today and more heavy rain over the weekend so I had a decision to make. To fish or not to fish?

In order to make it back home before the Friday motorway traffic, I was faced with a one hour drive to the river for one hours fishing followed by another hours drive home at least. Would it really be worth going?

On arrival, the river Goyt was high and brown and both the air and water temperatures were low.
As I fished my single nymph through the raging but lifeless water, I was resigned to a blank and consoling myself by thinking that at least I’d had a bonus brisk walk in the countryside.

I made my way up the river towards the spot that I’d planned to get out and then I saw it. A single rise at the tail of the pool immediately upstream. Definitely a trout. Could I be bothered to dismantle my nymph rig, tie on a dry and have a go for it? Well, I’d come all this way…I suppose it would have been rude not to!

The second cast dropped perfectly and the fish snatched the dry from the surface. A trout of around 8 inches.

So, was it worth all the hassle?
Many would say no but for me, the answer is a resounding YES!