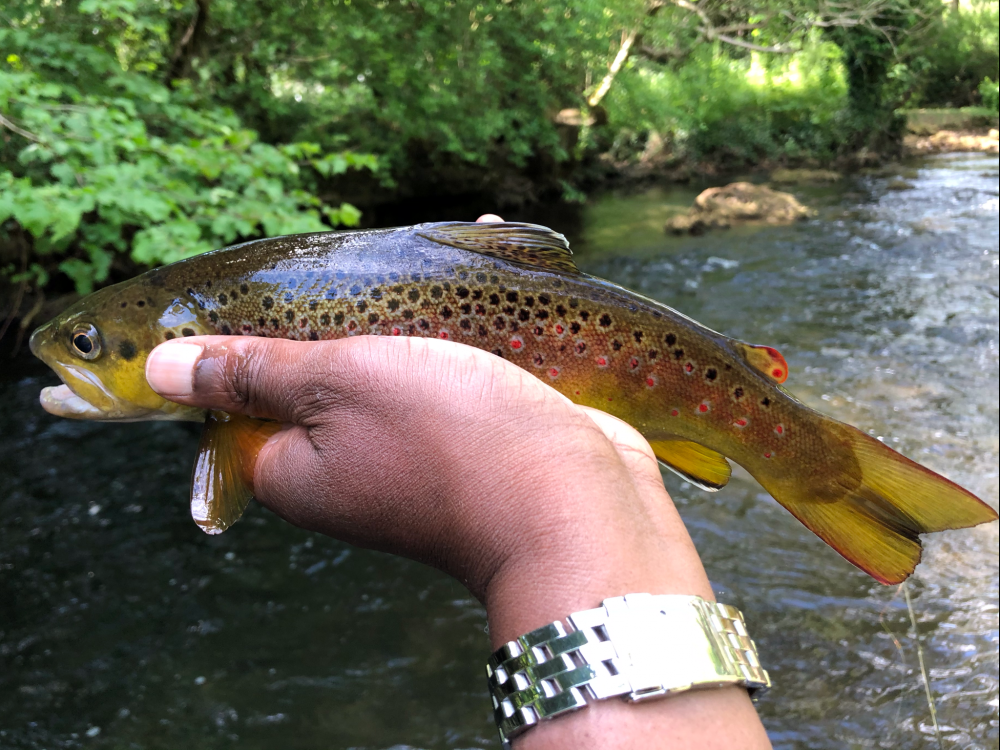 Under normal circumstances, I might not have ventured out yesterday but with the threat of some much needed rain and commitments to honour later in the week, I was back on the Derbyshire Wye.

The Wye at this time of the year is all about Mayfly. This important insect was successfully reintroduced to the Cressbrook & Litton stretches of the river after they were eradicated by a pollution incident in the 1950’s.

In an operation overseen by the Wild Trout Trust and spearheaded by erstwhile head keeper David Percival (affectionately known as the EHK); eggs were harvested from fertilised females and hatched in controlled conditions away from predators and other threats. They were then successfully reintroduced to the river on special floating platforms and nature was allowed to then take over.

As a result, around this time every year a huge hatch of these large, protein packed flies creates a feeding frenzy for many birds, mammals and of course, fish!

If you’re on the river at the right time, the fishing is unbelievable! If you’re not, it can be highly frustrating.

Yesterday edged more towards the latter. In truth, I knew I was a tad early for the main event but there were Mayfly in the air so there was always a chance.

As before, bright sunshine and low clear water brought out the paddlers but kept the fish well hidden so early on I successfully swam a Mayfly nymph through the shaded pools.

A few fish started to rise as the temperature dropped but not to the Mayfly. Instead it was to the tiny midges and black fly that were forming huge swarms over the water.

To fish a small pattern successfully, it’s often necessary to drop down a tippet size or two but with big fish and very little water, this can present a real challenge.

The buzz of Bonefishing centres around the searing runs that result from hooking powerful fish in shallow, open water.

The Wye is currently so low and clear that a decent fish which would instinctively dive to the depths has no alternative but to swim away as far and as fast as possible.

Unlike the saltwater flats of Cuba or the Bahamas, the Wye is lined by trees and strewn with rocks and the fish head for this cover as soon as they are hooked. This means that you can’t just let them run and tire themselves out, you have to sometimes just embark in a tug of war which, with a big fish and light tippet, often goes in favour of the fish.

I’ve lost a few monsters over the last few days but as I said to the chap I watched hook, play and ultimately lose a Brown Trout of at least 4lb, “Unlucky, but you should be happy that you managed fool him at all. Those big fish are smart. He’s 4lb for a reason”.

My philosophical words of consolation were well meant but it’s probably best that I don’t share his responses. 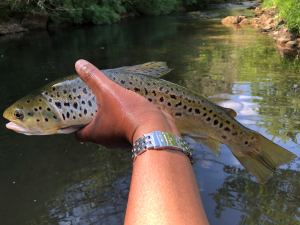 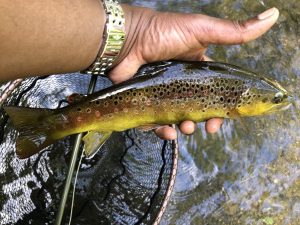