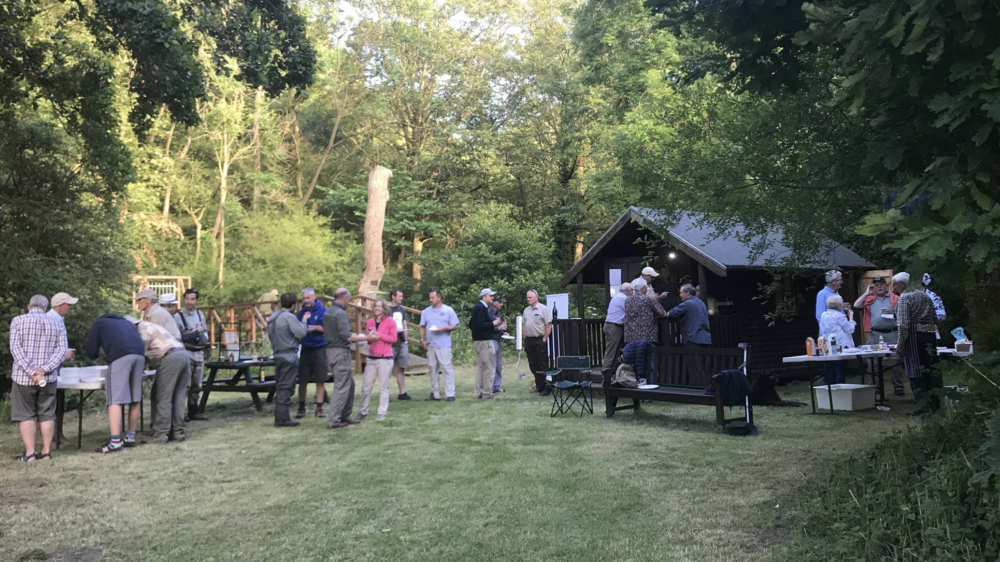 After the recent traumas, I was really looking forward to the weekend.
On Friday Chiara and I attended the Cressbrook & Litton FFC’s Bugs, Bats & Burgers evening where entomologist extraordinaire Stuart Crofts again blew our minds with his knowledge of the insect life on the spectacular River Wye. After a brief and relatively fruitless fishing session, we were treated to burgers from the barbecue.

As night fell the bats came out to feast on the abundance of hatching flies and after a few shrieks of terror from the ladies (and one or two of the men) everyone settled down to witness the spectacle.

Stuart also took periodic water samples to show how the fading light affected the insect hatches. There was also a large bug screen with a light tuned to omit only those wavelengths that were attractive to the caddis flies he was targeting. 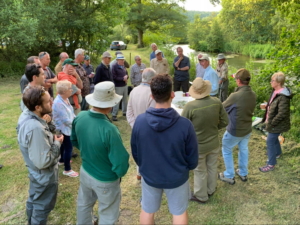 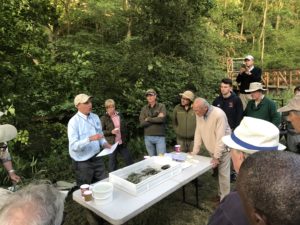 It was a fantastic evening but as I am not equipped with a night vision camera, photos of the late evenings events weren’t possible.

As expected, my recent woes were the source of much merriment but amongst the sometimes brutal ribbing, there was an offer to meet up with ace fly tyer and club member Colin to pinch some of his flies for my new but virtually empty nymph box. He bought boxes of beautifully tied natural looking patterns and told me to take what I needed as he wanted to ‘refresh’ his collection.

We then settled in to fish for the remainder of the weekend. Saturday pm was steady and whilst fish were caught, it was a struggle for everyone on the river. Not the best day to be making your river debut. We spotted Chris, a Reservoir fisherman from London who was finding the river wye a tough nut to crack on his first day.

As I myself had recently benefited from the generosity of a fellow fly fisherman, I went across to see if I could help. A quick rig change, some casting advice and one of Colin’s flies and Chris was into his first ever river wild brown trout!

Chiara enjoyed great sport on the dry in the shallow water whilst I spent way too long trying to catch a big Brown Trout that I eventually hooked and lost. I did however manage a River Wye ‘wild Triple’ of a Rainbow, a Brownie and a surprisingly large Grayling for the Cressbrook stretches of the Wye.

An excellent weekend that really helped put things in perspective. Whilst the equipment is important, it comes in second to the experiences you have and the people you meet. Gear can be replaced but those memories last forever, or at least until senility kicks in!