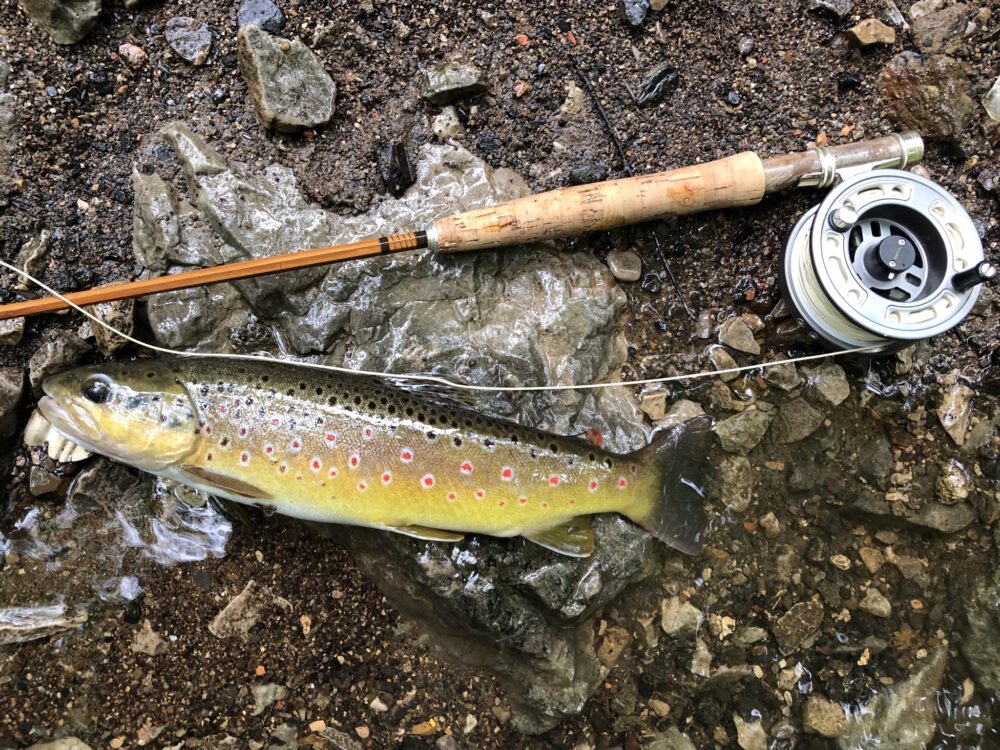 As a young boy, a neighbour GAVE my brother and I matching cane fly rods. To us they were just fishing rods so they were immediately fitted with Intrepid Boyo reels and used to terrorise the river Trents Gudgeon and Minnow population. Back then we had no idea about fly fishing (some might say little has changed) but we were very proud of our first fishing rods.

Those weird, old rods were ridiculed by our friends who were using the latest fibre glass tipped coarse rods and eventually, we yielded to peer pressure and followed suit.

When a fellow GAIA member at BFFI said they were selling some cane rods for a friend, I went along to see them but the only decent one left was a 7 ft er.

As I slid it from its canvas bag it looked exactly the same as the one I had misappropriated during my youth and probably about the same size so it was promptly added to my rod collection.

A cane fly rod is one of those things that all fly fishermen think they ought to own but if they do, they’re rarely used.
Apart from one romantic outing to the Charles Cotton fishing temple, mine has remained in it’s olive green bag since it was purchased 3 or 4 years ago.

However, an invitation to fish the upper reaches of the river Wye around Chee Dale called for just such a rod. Not only was this area steeped in fly fishing tradition, but we were promised challenging, close quarters fishing.

The walkers, the wild vegetation and the clear ‘pocket water‘ we’re really not suited to waving a 10ft rod around, plus the fish in such locations tend to be much smaller so I was sure that my 7ft cane rod would be able to cope.

The hiking, uneven ground and difficult casting mean that very few people fish this particular beat. The area seemed to have fewer predators too as the vividly coloured little Brown and Rainbow Trout were largely unmarked.

Suffice it to say, it was a very special fishing day and whilst we were absolutely shattered afterwards, at times I was a kid again scrambling through the nettles and thistles with a cane rod in my hand. A big thanks to our ‘Guide‘ Hilary and Cressbrook & Litton Flyfishers for making it possible. 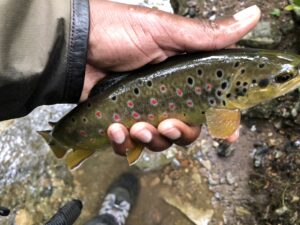 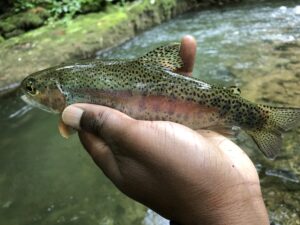 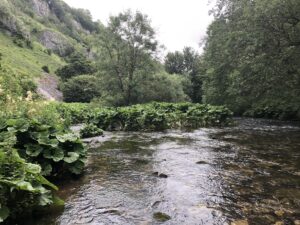 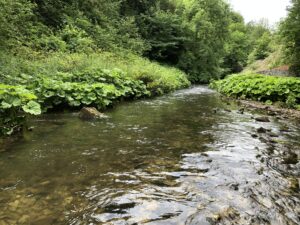