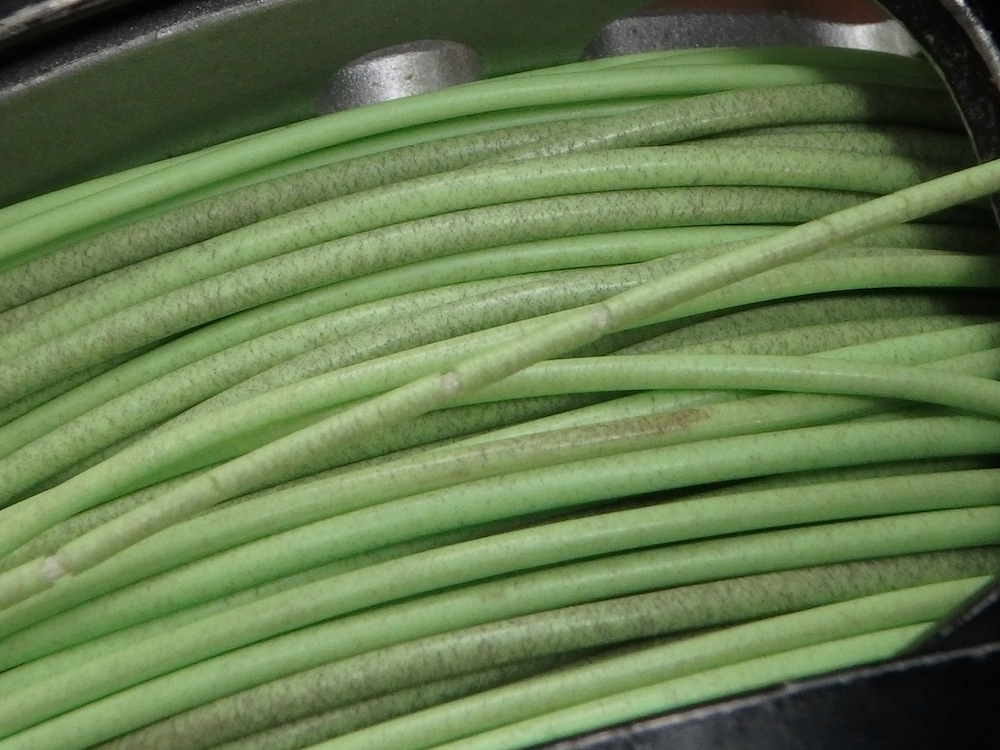 The above picture is of the weight forward, floating line I use on small urban streams and rivers. You can see it’s seen better days but we’ve had some amazing fishing adventures together.

It’s been trodden on, trapped and cut. It’s also been tangled around several objects including rocks, branches and a small dog that appeared from nowhere after a tennis ball ‘plopped’ into my swim.

I’ve had its replacement set up and ready for about 18 months but I always seem to reach for my old, trusted companion first.

However a recent tidy up of my ‘man cave’ unearthed another seven brand new and unused fly lines, so this morning as I threaded ‘Lionel’ through the rings of my 8ft 4wt, I decided that today would be his final outing.

What a day we had. Lionel was on fire! We took Trout and Grayling on nymphs and dries and he performed like a line half his age.

As I trudged proudly back to the car, I noticed some Grayling rising in a flat calm pool. I was now literally below the car park but it would have been rude not to have a go for them so I set up again with a dry fly and began to inch my way into the pool.

I took two small Grayling before an absolute monster sucked down the grey Adams dry fly.
I decided that this magnificent creature would be Lionel’s last fish on his last ever journey through the rod rings.
A fitting tribute to a faithful companion and a great friend.