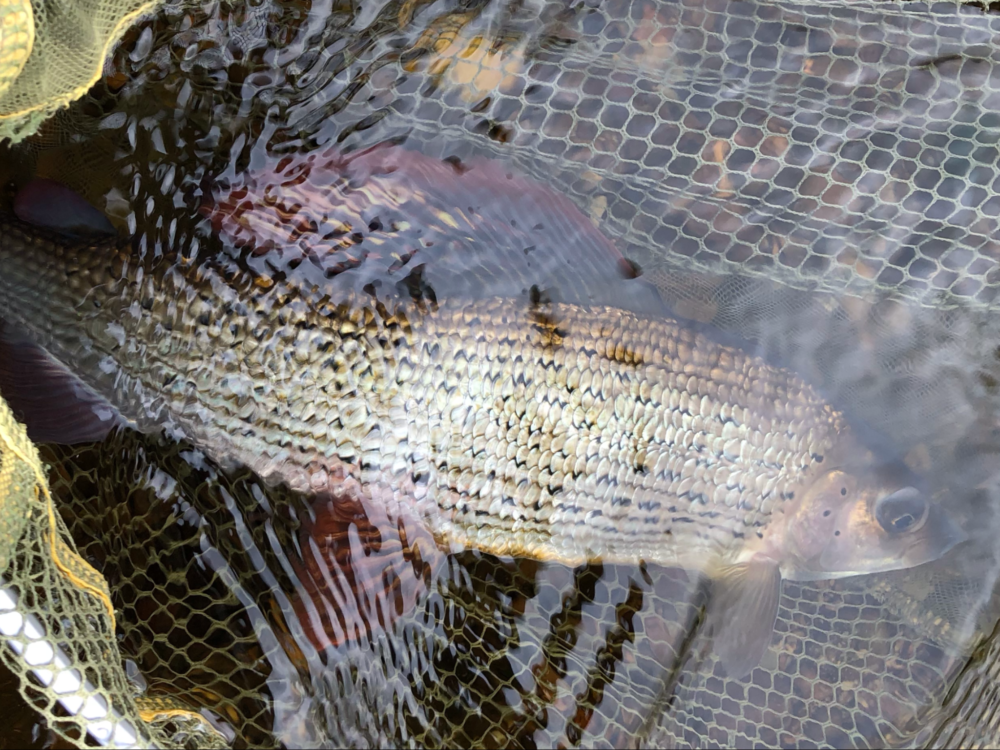 I was already on my way to a lesson when the radio confirmed that the counties of Wrexham and Denbigh would be locked down from 6pm today. The Dee has been fishing well but that too was set to change so I was excited that my good friend Ron was able to join me for an afternoon session on the Dee.

We headed, with great anticipation, to the same private water that I had fished on Tuesday.

Today there was a colder feel generally and there had been a 5cm lift in the water level. Both the water and air temp had dropped considerably so there were no insects in the air and nothing rising.

I immediately fished the dry after the success it brought on my last session but to no avail. Ron’s approach with the duo on the other hand, was paying dividends.

Eventually I succumbed and both the duo and the double nymph rod brought some nice grayling to the net.

I switched back to dry fly at every new stretch of water but it wasn’t until the light started to fade that we had any dry fly sport at all. By now though, we were cold and tired and Ron hadn’t eaten for over two hours so we called it a day.

Will today’s fish be the last Welsh Grayling of the season? 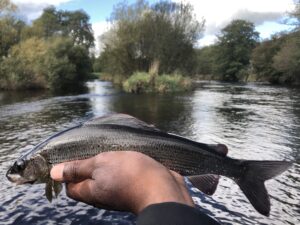 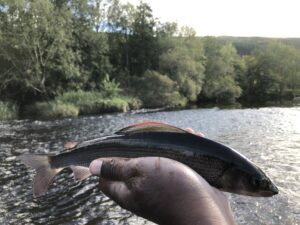 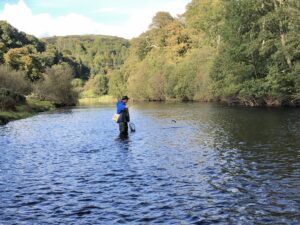 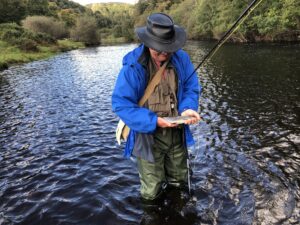 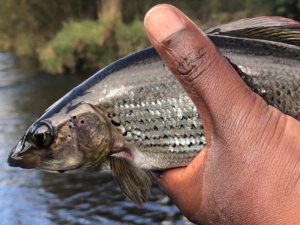 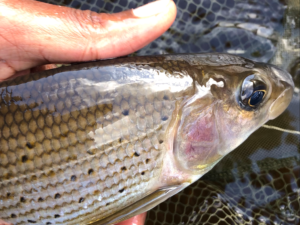 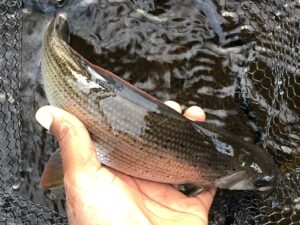 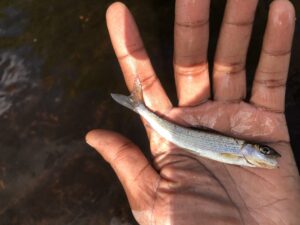