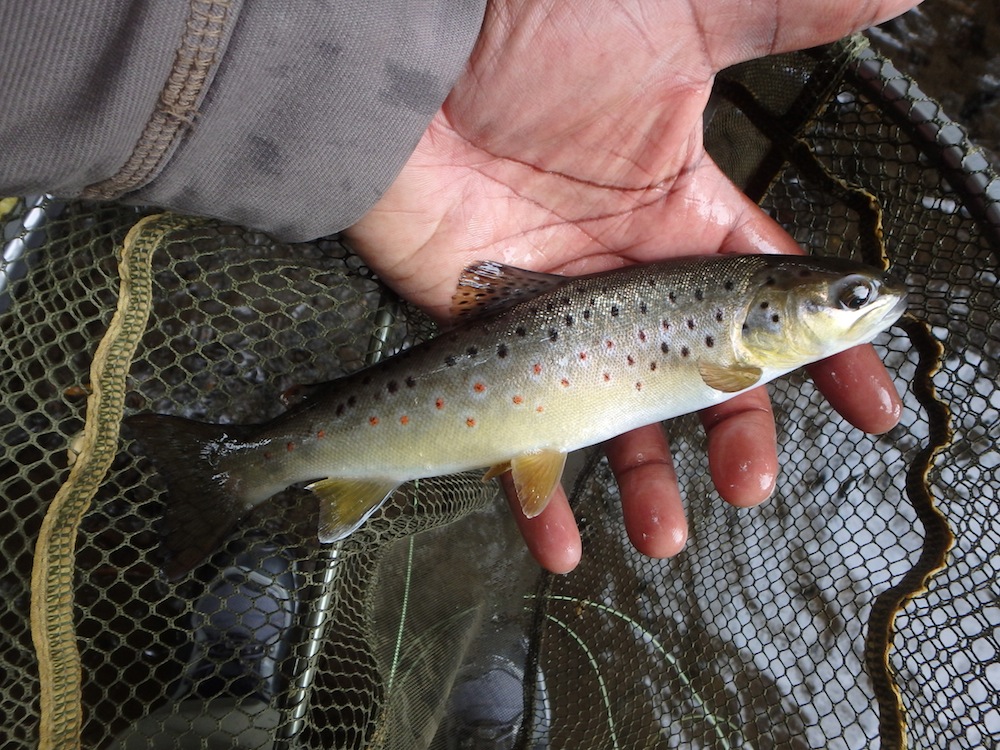 The lack of fishing was starting to get to me. The rivers were still running high but the coming week was set to be another busy one so I had to take the chance. As usual, the smaller rivers offered a better opportunity so I headed for the the closest.

The Alyn proved to be as tough as I’d expected and after 3 hours that were as enjoyable as they were frustrating, I was still staring at a big fat blank.
This is not a big river and I did see 3 other anglers so maybe that was a factor but still…

Eventually I found a tiny Grayling and 1 beautiful wild brown trout… and all was well.