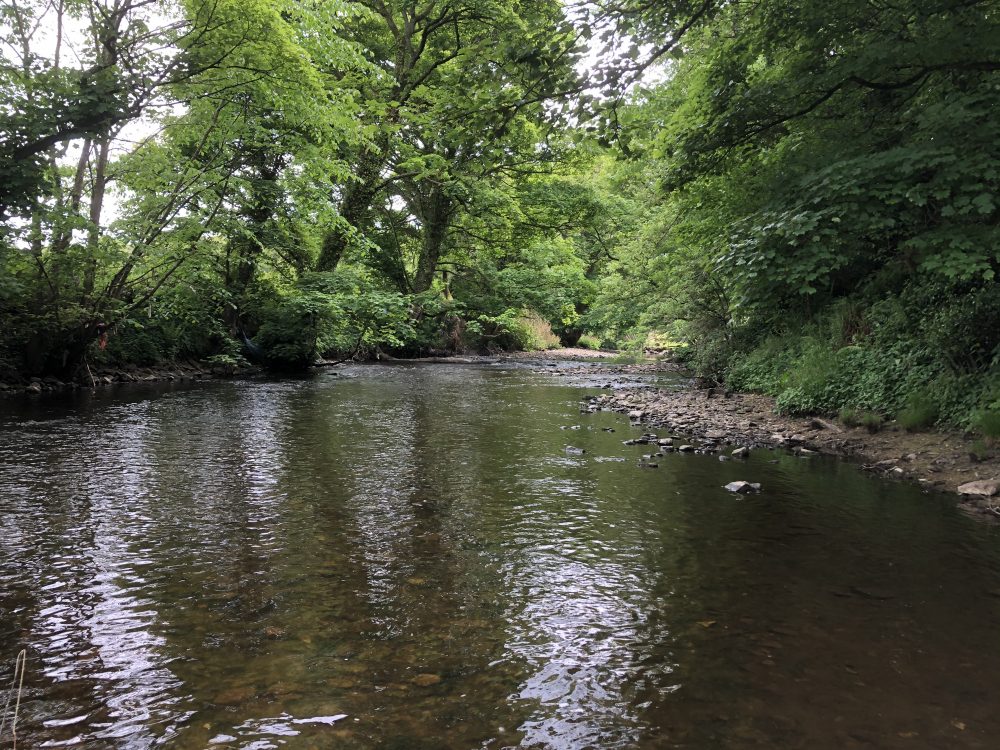 There are of course many great superheroes but In my opinion, one of the least celebrated is Green Flag Man!

Neil (which is the name he has given to his human form) arrived within an hour and started my car within minutes!
Not only that but he was a carp angler so he spoke passionately and at length about his obsession.

He became less animated though as he told me that he and his friend (possibly Thor) have had to cancel next weeks Carp and Catfishing expedition to France because of this ‘gosh-darn’ virus. He spoke in sullen detail about his investment in the 2 new fishing rods, reels and accompanying paraphernalia that would all have to wait to be christened.

Whilst I felt Neils pain, my car was now purring seductively behind me and even though he was by now close to tears, I was trying my best to ‘wrap it up’ before he himself broke down.
Edging ever closer to the car door I could now only hear the sound of Trout taking dries from the surface.

Just then his Greencom alarmed and within seconds and he was off to rescue another perhaps more appreciative soul.

I got to the river at about 4pm and found the most remote part of it that I could legally fish.
The river was very low and I was able to walk right up the middle and inspect it thoroughly.

It’s a while since my last visit to this stretch and I could see that the bad weather in the closed season had created loads of new features and Trout hidey-holes. I also got several clues as to why certain spots have held good fish in the past. Deepest (or perhaps that should be shallowest) joy!

Bright sun and shallow, clear water kept the fish well hidden so I went for a single small nymph through the likely spots.

The result was several small but beautifully formed Brownies and a couple of clonking Grayling, one of which I caught twice in an hour from different holes.

To be honest, I almost didn’t bother going in the end but I’m glad I did. That said, the river is very low and as the groups of “barbecuing buffoons” I encountered are clearly oblivious to the current international crisis, I reckon I’ll probably leave it a while before I revisit this particular oasis. 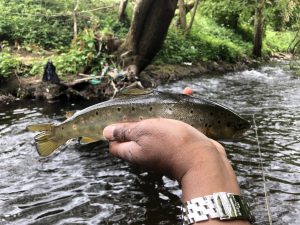