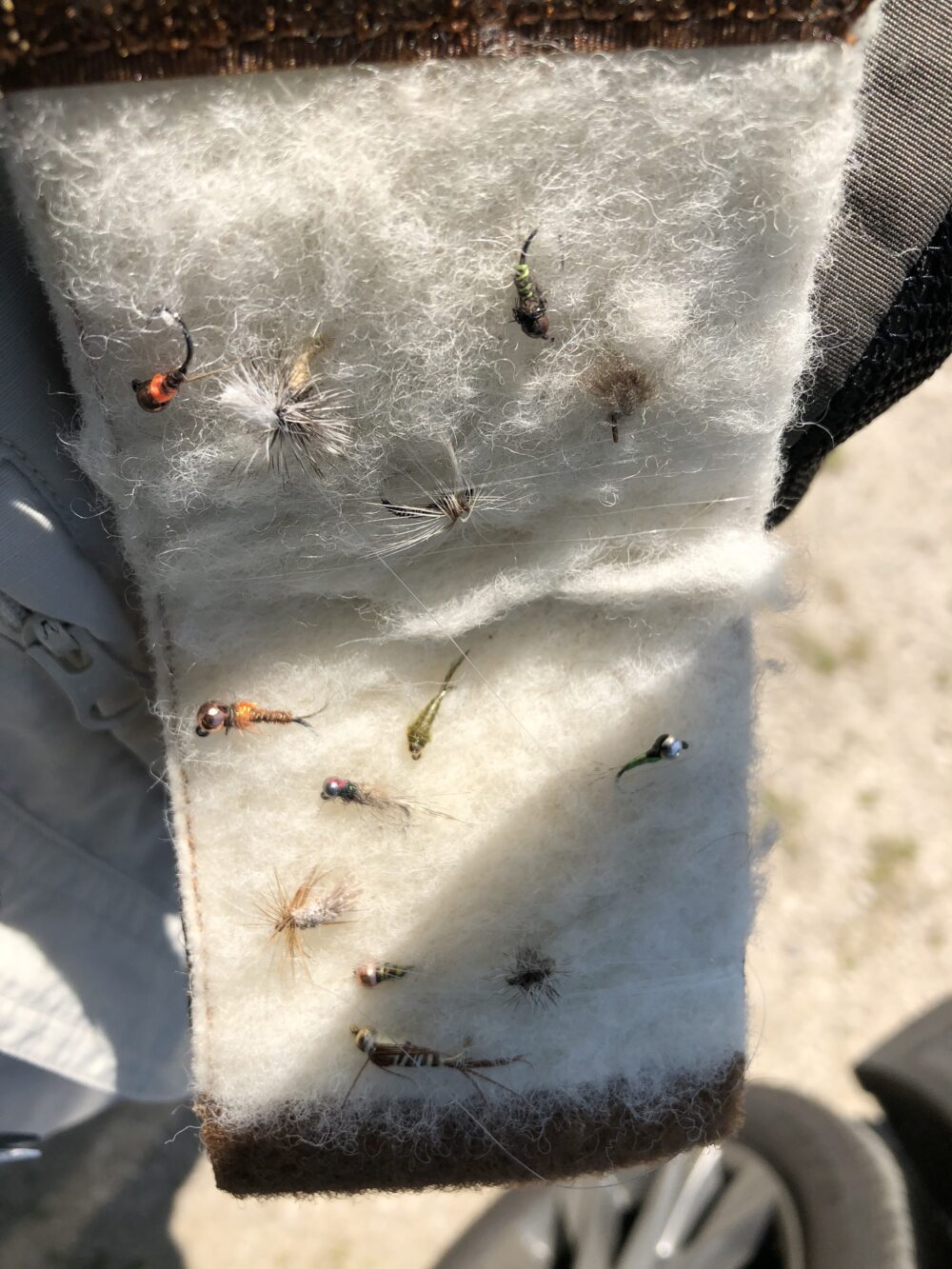 These days I have a posh fly vest for guiding and nice waters and an older one which is a bit more ragged in appearance and gets used on waters where my smartness is not so critical.

Heading for the Derbyshire Wye yesterday, I selected the newer one but in my haste forgot to remove my 2 fly boxes from ‘Old Stinky’. When I got to the river, the only flies I had were the ones in my fly patch.
Chiara as usual, was armed with several fly boxes containing hundreds of flies and although she graciously offered me the pick of them, I declined. I instead, opted to use only those flies that had been left drying out in my fly patch.

I strongly believe that ‘presentation trumps pattern’ and that as long as you’re in the ball park fly-wise, you’ve always got a chance.

So whilst Chiara was still deliberating over her choice of fly, I tied on a nymph of sufficient weight to plumb the dept of the water we’d arrived at and caught on the second cast.

Over the course of the afternoon, I used only 4 flies and managed to catch on each one. I allowed the water and the fish to dictate my selection and was forced to switch between them many times to suit each section of water and the behaviour of its inhabitants.

I’m not writing this post to underline how clever I am, (well, not just that) but to make a point.

Even though I now only carry two fly boxes to the river, they are probably still half full of patterns that I’ll never use.

We continue to invest in magic flies, gear and gizmos to help us catch fish when really, observation, logic and reason are our best weapons. 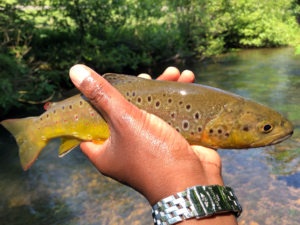