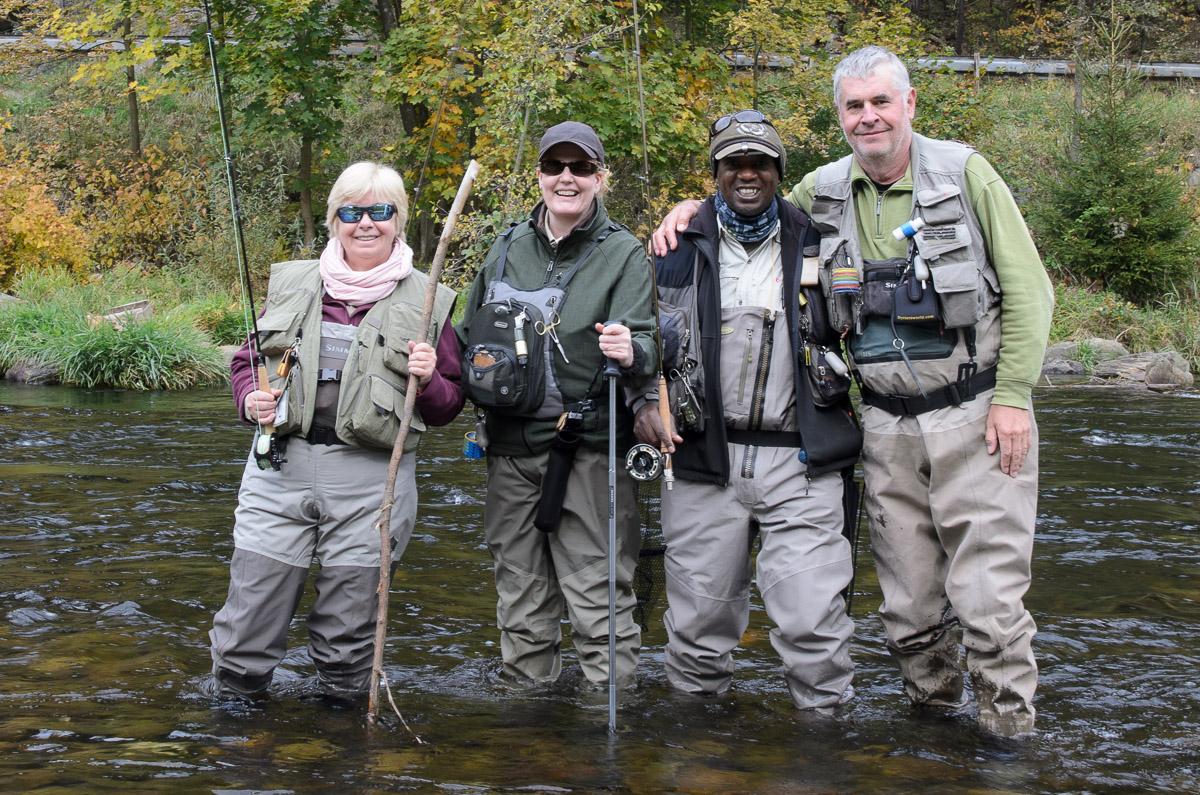 There are a few people who have really influenced the development of fly fishing in recent years and Jan Šiman is, in my opinion, one of them. Many would argue that Czech nymphing isn’t fly fishing but if it requires the use of a fly and correct presentation forms a big part of the technique, then I think it is. What’s more, so does Fips Mouche, Fly Fishings international governing body so that’s settled!

The great Oliver Edwards, was one of the first to acknowledge and practice Czech Nymphing in the U.K. after the 1990 world championships, when as a member of the England team, he and everyone else was subjected to a thorough spanking by the Czechs. Jan Šiman was a member of that 1990 winning Czech team so when the opportunity came to attend his Czech Nymphing Masterclass I was, to say the least, excited.

Chiara booked everything and as her friend Ginny also wanted to come with us, I left all the details in their capable hands. It was a 2 day course but we added a guided ‘warm up’ day of fishing to prepare ourselves for our time with this legend on the mighty Otova river.

The first mornings double nymph fishing was slow and our guide for the day, Mira (one of the Czech Reps top streamer fisherman), sensed the girls growing frustration so placated them by tying on ‘Squirmies’! The ubiquitous escapee Brook Trout that inhabited that section of the river loved them and the girls were soon smiling again.

In true ‘stubborn male’ style, I stuck with my largely unsuccessful double nymph set up but did reduce down to a single nymph with instant success. That first, cold morning session produced mostly Brook Trout, a couple of Brown Trout but no Grayling.

A change of venue for our afternoon session put us perilously close to the town of Sušice but this was excellent Grayling water. Sticking with the double nymph I had my best Grayling of the trip but with no net, my attempts to juggle fish, rod and camera ended badly and I only managed a shot of my left arm.

Downstream, the girls were surrounded by rising Grayling and using size 20-24 CDC’s, they were able to coax some surprisingly large Grayling from the relatively shallow, stoney water.

Over the next couple of days Jan took us to several beautiful spots and a couple that were slightly less picturesque but they all had one thing in common, the stunning Otova river which was just teaming with life. The river is loved and respected by the locals and I didn’t see one shopping trolley, car tyre or traffic cone on the town stretches.

The town of Sušice is also where Jan’s shop is located so one morning was spent tying flies, stocking up on “essentials” and drinking coffee whilst the water and the fish were warming up.

So, what did I learn? I saw, tied and used new flies, new lines, new indicators, new wax, new casts, new rigs, new tippet, new knots. A lot of this I might never use, however it did serve to underline just how complex the art of fooling fish with Nymphs can be and just how seriously the Czechs take it all. As with many courses of this nature, it made me think … something I usually try to avoid. I was forced to challenge and question everything I thought I already knew.

That in itself is usually enough but there was more. Time spent with fishermen like Jan is invaluable. I would happily offer my fly rod to him to demonstrate a technique and he would readily accept it. Sometimes catching several fish before snapping back into Guide mode and handing the rod back. I was happy to watch and he was more than happy to fish.

Far too many fly fishers are jaded old men who constantly tell you “It’s not like it used to be” or “You should have been here when I used to…” but there are still a few who’ve retained an almost childlike fascination with fishing and the outdoors. A few who aren’t preoccupied with trying to sell you gear or securing your next days guiding. A few who just love what they do and love to share their knowledge even more.

Jan is one such man! 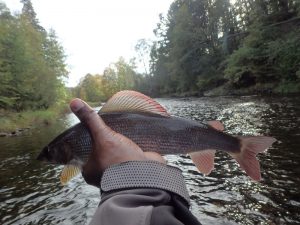 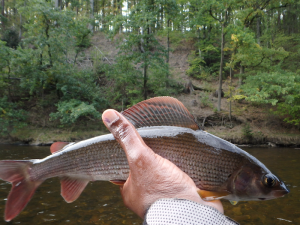 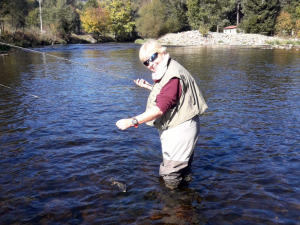 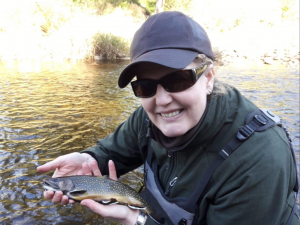