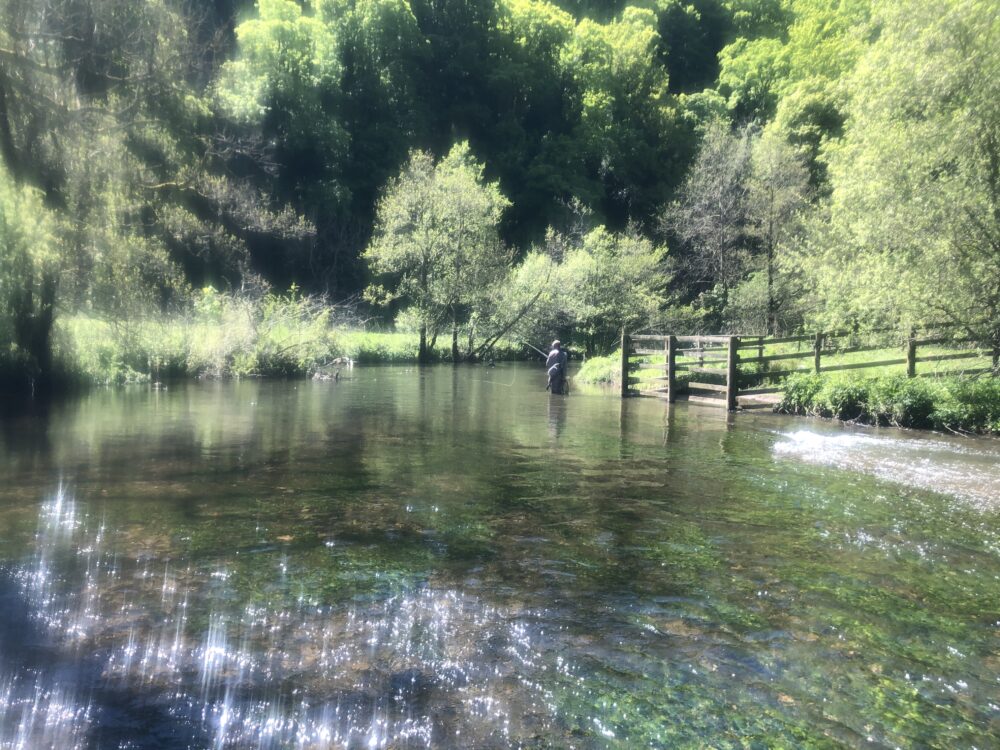 As human beings we like to think that we’re in control of everything, but of course recent events have proved that we’re actually in control of very little. We can only ever react to what the gods and nature decide.

Using Covid 19 as an example, we continually and arrogantly set dates that we expect to resume our normal social lives and we just assume that this virus will conform to our timetable or ‘roadmap’.

Let us now consider the Mayfly season. It happens every year but when it happens is down to the weather, the conditions and of course the flies themselves, not a date that we have written into our diaries months in advance.

They care not that we have booked holidays, invested money or put aside the time to capitalise on their appearance and they literally please themselves when they turn up. The very the cheek!

Chiara had ‘booked’ herself 3 days of ‘Mayfly Mayhem’ but alas, this years event is likely to happen a little later than she’d planned.

This was especially disappointing to her as she had purchased enough Mayflies to fill 3 fly boxes despite constant reminders that over the last 3 seasons, I’ve actually used the same 4 Mayflies!
Well I suppose, a girls gotta shop!

So to the fishing. Day 1 started well with a fish on maybe the second cast. I’d noticed a few sipping rises and attributed them to fish knocking off some of last nights spinners that were only now making it to the river to lay their eggs. Chiara duly tied on one of her 17 spinner patterns and we were off!

Those sporadic sipping rises were short lived though and she soon gave up with the Mayflies and resorted to a small suspended nymph. Being made of sterner stuff and with an additional box of Mayfly to experiment with, I stuck to the task at hand.
It was a day of steady catching but the much ballyhooed fly fishing frenzy didn’t materialise.

Day 2 was even tougher with bright sunshine and a steady breeze. As it was the Saturday of a bank holiday weekend, the roads and the river were very busy and every beat had cars parked alongside it. It was difficult to find an unmolested stretch of the river and as such, the fish were ultra spooky. Again, no Mayfly but if you chanced upon a rising fish, it was possible to gain it’s interest with a small cdc fly.

The conditions reminded me of those usually experienced AFTER the Mayfly hatch when the fish have gorged themselves and the only flies hatching on the river are tiny. A good presentation was absolutely key and it was a real test of our dry fly skills.

Day 3 was a repeat of day 2 except that it was much quieter on the river. Again it would be a case of finding a feeding fish, making a stealthy approach and getting a good drift over it with a size 16 Olive Upright or Iron Blue.

Overall, it was a very productive few days. Whilst there was much wailing and gnashing of teeth, we actually enjoyed some fantastic fly fishing in glorious surroundings and sometimes it’s just a case of switching the focus and asking yourself, “am I lucky to be here or what?” Just remember that When it comes to Mayfly fishing… if you book it, they may not come! 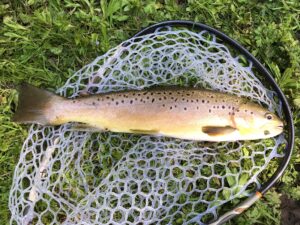 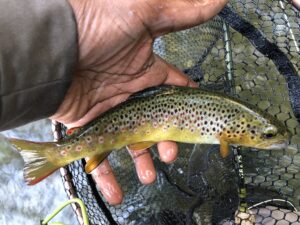 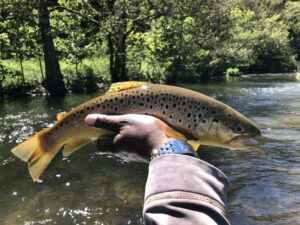