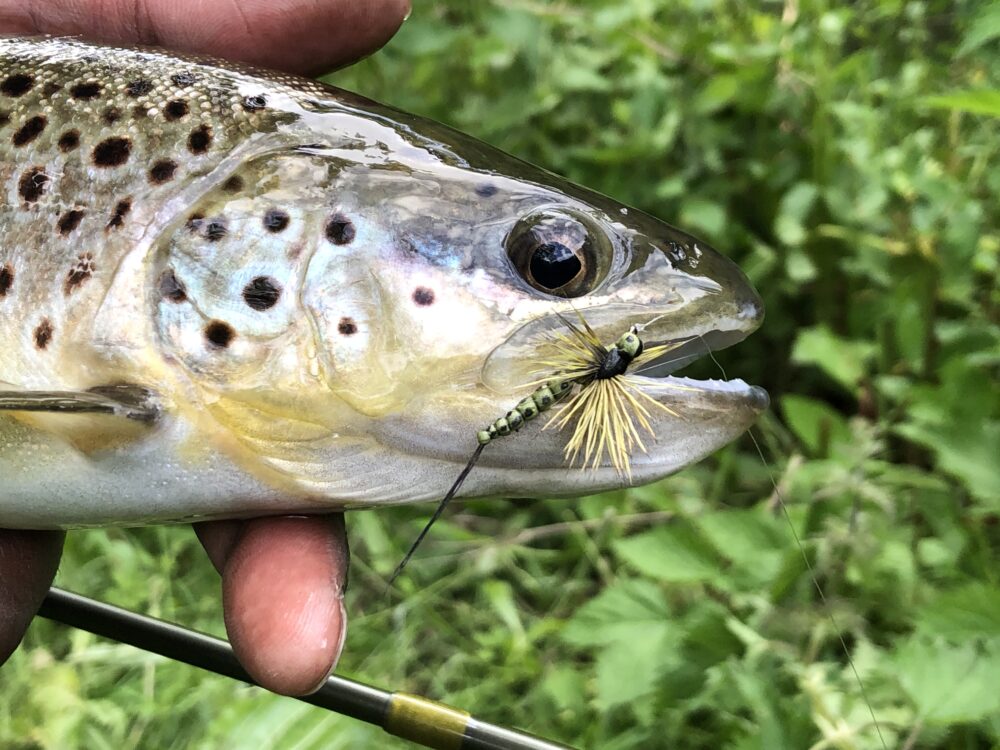 By now you will be aware of the allure of fishing a Mayfly hatch. You might also have seen that whilst we know they happen in early June, there are no guarantees that you’ll witness the spectacle first hand, as Chiara and myself know only too well!

On arriving at the scene of our annual Mayfly pilgrimage to the river Wye, we met river keeper Chris who more or less implied that it was all over for this year and that we “should have been here on Thursday“. Undeterred, we set up anyway.

One of the passing walkers, a seemingly well educated woman, asked if the club allowed dynamite fishing on this stretch as she’d heard that it was popular further upstream. I explained that whilst I often wished I was carrying dynamite, the cost to both pocket and nature would hugely outweigh the overall gain. In addition, I suggested that fish retrieval could prove difficult if one were to over estimate the amount of explosives needed. She left happy and enlightened.

When we started fishing, there wasn’t a Mayfly or a fish in sight so we drifted nymphs through some of the deep, green and virtually still pools.

Today’s choice of beat was deliberate. Unlike some of the rockier, faster moving beats, this section had more steady, canal-like areas. In general, the slower waters tend to retain more of the silt that the Mayfly larvae like to reside so the adult females target such areas when egg laying.

Often before a hatch, there is frenzied activity below the surface as the nymphs become more active and prepare for that hazardous journey to the surface. This proved to be the case a some good fish were taken on nymphs in the cooler morning session.

When the Mayfly do start to hatch, it’s still not always a done deal. It’s worth paying special attention to whatever else is hatching as the Trout will often ignore Mayfly completely in favour of much smaller Upwings and Spurwings. There is nothing more frustrating than making a perfect presentation to a big, feeding Trout and watching your Mayfly sail over it’s head!

After you’ve confirmed that they are indeed ‘locked on’ to Mayfly, you’re still not in the clear as Mayfly have a 2 stage adult phase that not only changes their appearance but also their behaviour on the water. At certain times of the day, both the duns and the spinners can be present and the fish can favour one over the other. Careful observation will tell you which one to tie on and whether it needs a dead drift or a little twitch.

When you get it all right though, the sport can be fantastic! At one point, it was virtually a fish a cast and all of the fish were good, solid and hard fighting.

It was mid afternoon before I was allowed to hold the rod as Chiara’s arms and back were now feeling the effects of hauling in big Brown Trout all day. The eagle eyed amongst you might have noticed that my fish ‘appear’ to be much smaller than Chiara’s but in truth, I deliberately focussed my attention on these pure bred, wild little specimens as they are infinitely more difficult to catch. It’s true! 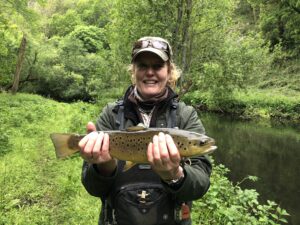 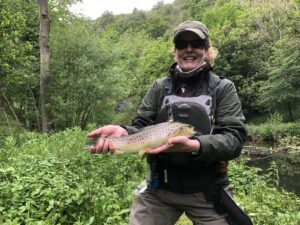 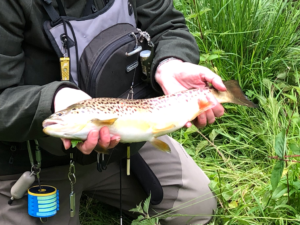 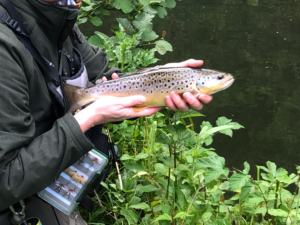 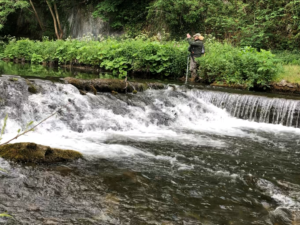 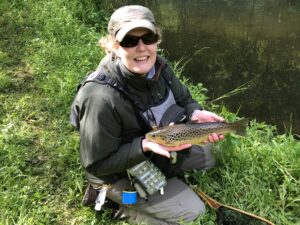 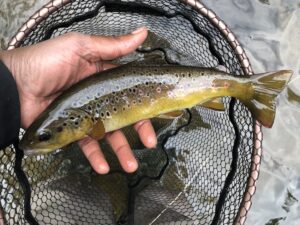 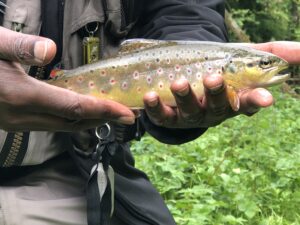