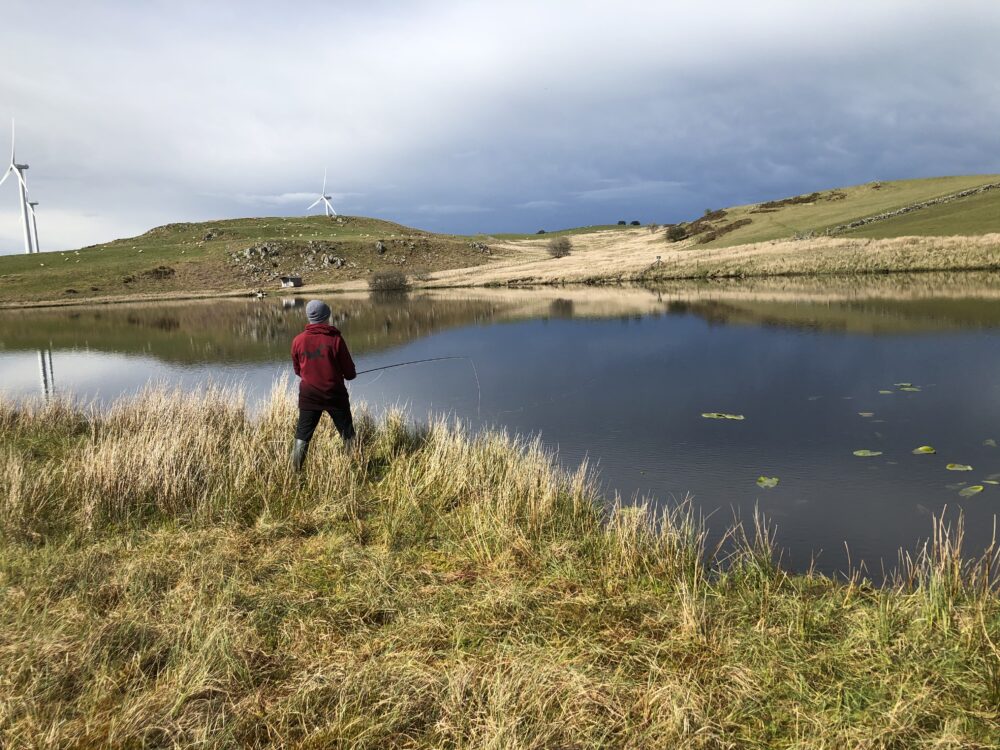 It’s been another exciting week, meeting new clients and exploring some new venues. We went from one extreme to another tackling a mountain lake full of small wild brownies one day and a muddy little river seemingly devoid of all life the next.

The ascent to the lake was not for the faint hearted but it was certainly worth the effort. We were instantly rewarded with panoramic views and a relaxing soundtrack provided by Curlews and Lapwings.

This private lake is stuffed with trout but they weren’t easy to catch. Eventually though, my clients son caught and landed his first ever fish on a dry fly. What made the experience even more special is that we’d tied the fly together only a couple of hours earlier so it was for him, the ultimate flyfishing experience.

In stark contrast, the following days visit to the river Clwyd around St. Asaph was tough. Although it was steadily dropping, the river was still high and coloured following the recent rains and we saw no fish or insect activity at all.

Selfishly, I was saddened to see a colony of nesting Cormorants directly above our chosen beat. I counted 9 occupied nests and several birds coming and going, I suspect there were several more nesting pairs present. I later found out that the area as and therefore its birds, are protected. Bad news for the Clwyd’s fish population.

I did however find evidence of a water vole in the bank side silt so my spirits were lifted.

The week finished with a return to some more familiar and productive water and thankfully, a few fish. Again, the middle and warmest part of the day provided some very welcome dry fly sport.