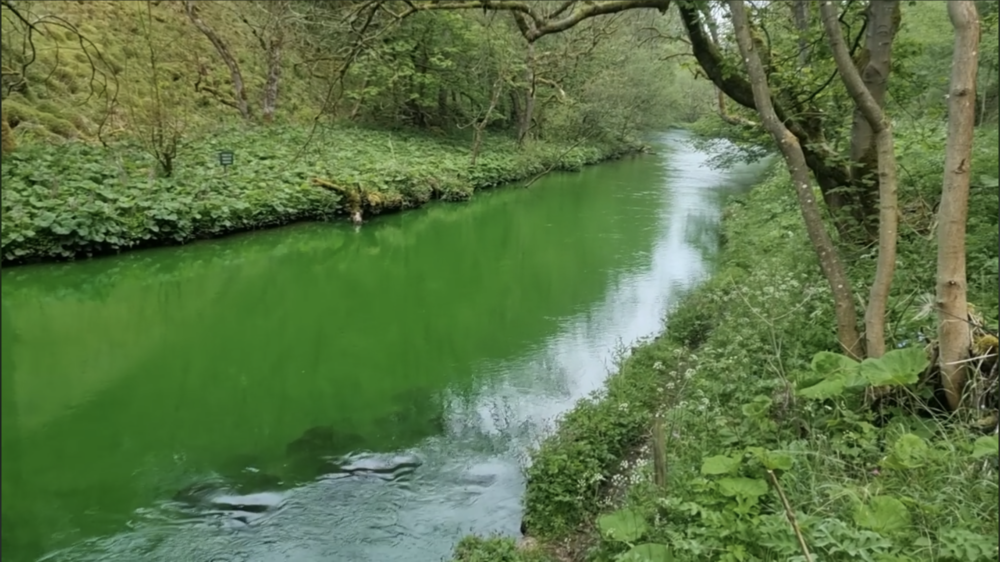 With the river Dee still a little out of sorts, most of the last week was spent on the Derbyshire Wye. Whilst conditions weren’t perfect, it was fishable and it improved steadily as the week went on.

We should be approaching Mayfly time but it is likely to be a little late this year. The few that I have seen hatch have been ignored by fish unless they created a lot of disturbance on the surface.

The Wye fish are currently more taken with the Olive Uprights that have been hatching steadily from mid afternoon to about 5 pm.
It’s been dry fly fishing only again all week and it has been spectacular. A size 16 shuttlecock was extremely productive but fish were also taken on a Cul de Canon and an Adams.

Today I was hoping to sneak in one last solo visit before the masses descend on Derbyshire for “Duffers Fortnight”, but it wasn’t to be.

As it happens, it worked out perfectly! Not only were the roads jammed with people heading off on holiday, but I was notified by the keeper this morning that the river Wye had been temporarily turned bright green! This was due to a dye tracing experiment being run from the Nestlé factory in Buxton. The dye is apparently harmless and poses no threat to humans, fish or invertebrates but it just looks wrong and I’d prefer to wait until it has flushed through thoroughly.

Fortunately, I was able to ‘fill my boots’ yesterday when the conditions were almost perfect so I’m certainly not green with envy. 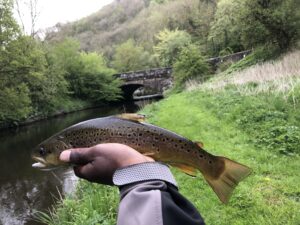 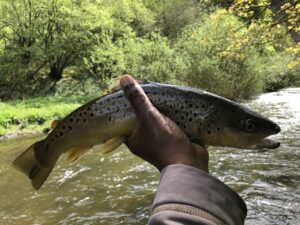 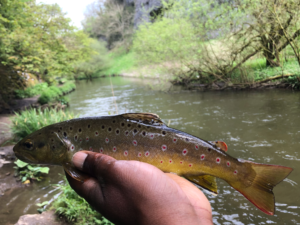 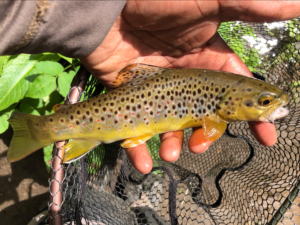