As we’re still locked out of Wales, I’ve been ‘forced’ to stay in England to endure the charms of the river Wye in Derbyshire.

A quick glance at the web page revealed a video update from the river keeper stating that as a result of the previous nights thunder storms, the river had risen and become slightly coloured.

He said something about rising fish and before I’d fully regained consciousness, we were loading up the car!

The welcome change in conditions didn’t offer any guarantees, but it would certainly freshen things up and with more storms forecast, it was an opportunity we just couldn’t ignore.

In actual fact, that extra bit of cover provided by the slightly deeper, more opaque water made a difference and we did see a resultant increase in the fish activity compared to that of Monday’s outing.

That reality check definitely made this latest visit more successful. There was even a touch of dry fly action just before the heavens opened and I was reminded of the perils of wielding an 8ft lightening conductor during a thunder storm. 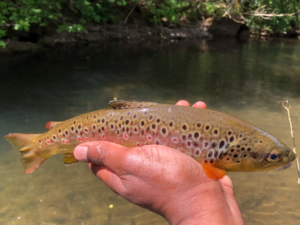 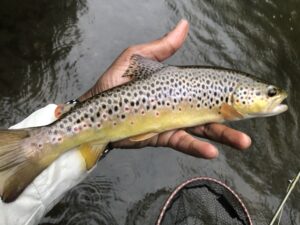 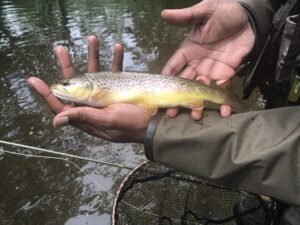 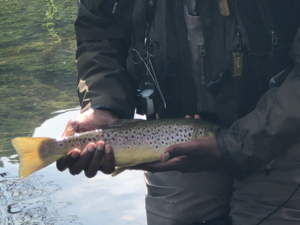