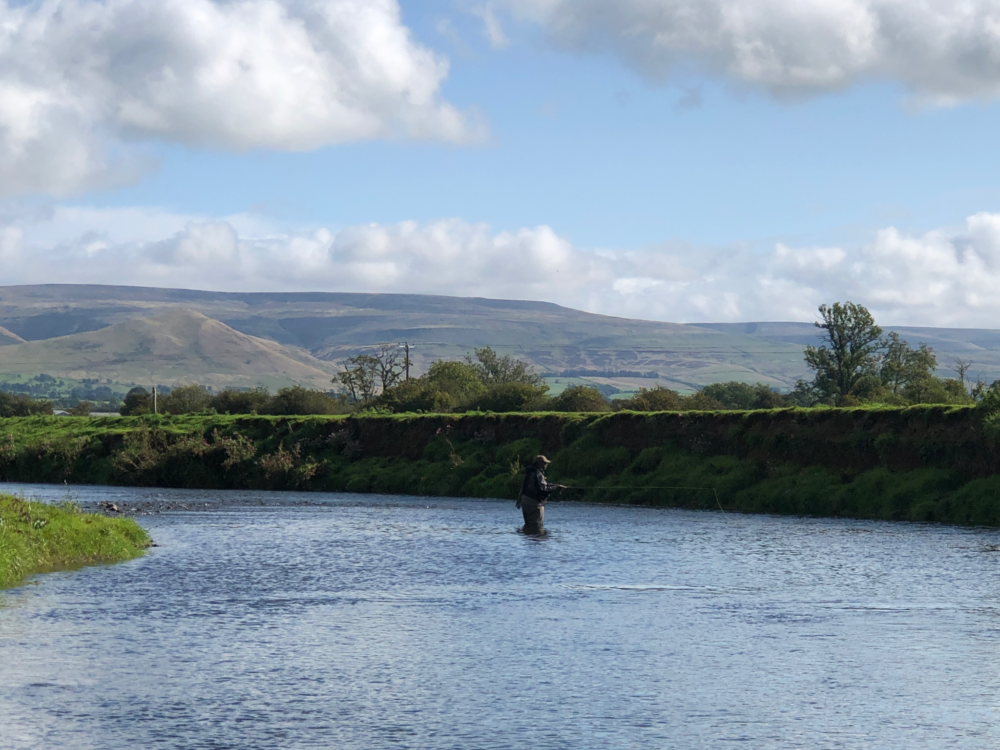 The end of September signals several things. One of them is of course, is the beginning of October but perhaps more importantly, we’re now fast approaching the end of the Trout season.

This is always a busy month as we try to take advantage of the great fishing conditions whilst the Trout closed season glides inexorably towards us. Fear not though reader, for soon we shall turn our full attention to the mighty Grayling.

The delegates were some of the senior management of a large, high street bank, so I was under strict instructions not to drown any of them. These four gentlemen all had different levels of fishing experience and the fickle Derbyshire Wye would test them all.

We were very lucky that the weather was kind to us and showcased the Autumnal beauty the Derbyshire Dales but the river itself took a while to wake up on the day.

In the end though, some great fish were landed, some monsters were lost and a good time was had by all.

Everyone had an encounter with a fish but it was experienced Carp and Catfish angler Shaun who led the way with 5 fish.

A couple of hours late afternoon following a lesson produced what could be the seasons last legal river Goyt brown Trout… or can I squeeze in one last visit?

We had a couple of days up in the Lake District to meet up with friends and attend the Entomology For Anglers level 3 course at the FBA on the banks of Lake Windermere.

Ex England Fly Fishers Stuart Croft’s and Andrew Dixon led us through some of the lesser known concepts and theories that surround our fascinating sport. Never seen video footage and lab sessions on insect identification are just a couple of reasons to attend these great courses. Follow the link for more information. Entomology for Anglers

In addition to the course, there was a walk along the banks of the river Brathay and a trip to the outdoor emporium that is John Norris’ for all your fly fishing needs (and need-nots)

We traveled back via Appleby and spent a night at the Tufton Arms hotel. Regular readers will know that I occasionally guide guests of this hotel on the river Eden for the hotels ‘learn to fish’ package.

This time, my visit was purely recreational and as such, Chiara and I were able to explore a new piece of the river. Apart from a very brief hook up with one very large fish, we only managed a few small but beautifully formed brownies…but what a spot!