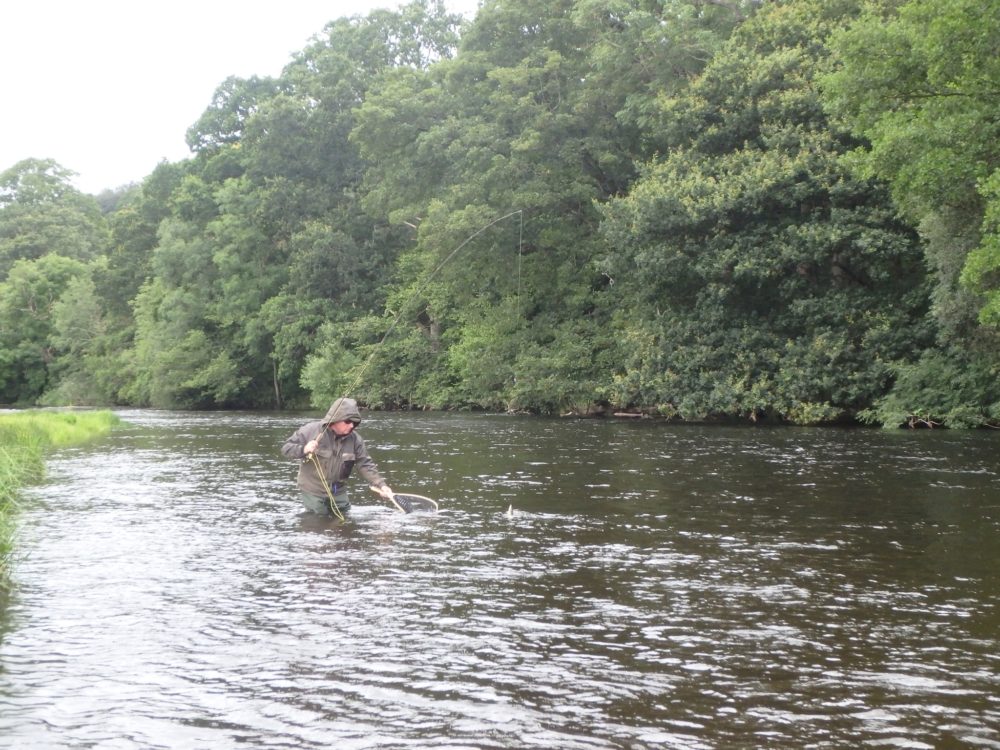 Hoylake Flyfishers Steve and his dad Keith spent a long awaited day with me on the river Dee on Sunday. They were there courtesy of Steve’s Stillwater prowess which won him first prize in the club competition held annually at Chirk fishery.

As we were setting up, Keith complained that he was usually the ‘poor relation’ when fishing with Steve as he often finished several fish behind him….but all that changed today.

Steve discreetly suggested I first spend ‘a bit of time’ with his dad and proceeded to wade confidently into the river Dee. However his demeanour soon changed as within seconds Keith had his first fish and it was a confused Steve who bellowed “Are you in already?” from the middle of the river.

Keith continued to catch steadily from the same spot whilst Steve, who was growing increasingly more agitated, got in and out of the river both below and again above his stationary father.
Realising that dad was now establishing a commanding lead, Steve resorted to snide comments and underhand tactics to try and unsettle him.

It was pitiful and I have to say that I’ve yet to witness a more ungentlemanly display of fish envy and frustration.

To his credit, Keith remained dignified and his response was to simply continue catching fish.

Sadly, no big fish were landed although both lost good fish after brief battles but today was really about numbers as Keith went on to catch twice as many fish as his disgraced son.

Steve, you need to take a long, hard look in the mirror my boy!
Keith, I know you raised him better than that so you shouldn’t feel ashamed,
you can only do so much!