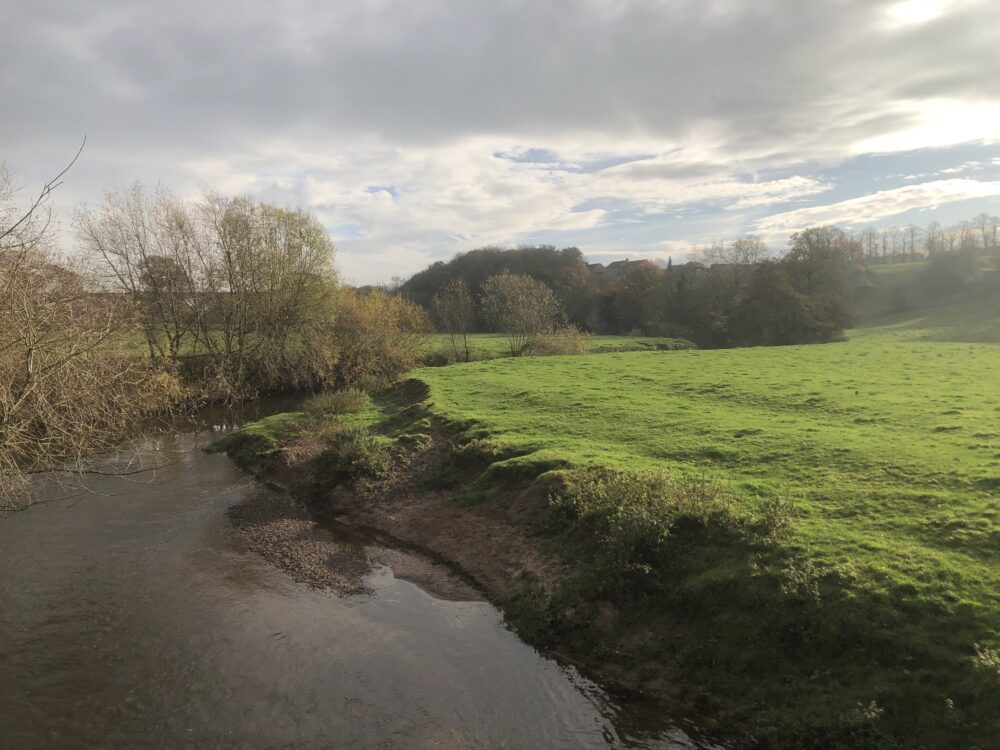 We’re nearing the end of a very strange year but maybe there’s change in the air?
On the same day that a defeated Trump buries his head in the sand of one of the bunkers at his exclusive golf club, there is news of a potential Covid vaccine.
World changing news aside, the big question that most of us are battling with is “what about fishing?”

The government have classed fishing as exercise but have said that you shouldn’t travel too far to engage in it. The Welsh have sensibly but frustratingly, closed their borders to the English once again. Travel over distance is restricted to essential journeys or for the purposes of work and business.
So where does that leave us? Well, after much deliberation, I feel that I can gather enough points to legitimately head for a local river because…

A. I need the exercise.
B. I am a qualified fly fishing guide (I’ve got business cards and everything!) who needs to find alternative work venues and…
C. If I don’t go fishing soon, I will stab somebody which will put additional strain on our already overburdened heath and emergency services.

When it comes to fly fishing waters, I’ve been spoilt for choice over the last couple of years but there’s very little on my doorstep.
Another exhaustive search of clubs that have game fishing in my home county of Cheshire revealed limited waters with long waiting lists. Even the smaller clubs are no longer taking applications due to the sudden rise in popularity of the sport.

As if by magic however, I received a Facebook reminder about a stretch of river I fished 6 years ago. A friends sister is married to a farmer who owns land adjacent to a small river that holds some Grayling. I was told many years ago that even though it is leased to a club, he’d retained a couple of rods for friends and family and I could use it if ever I needed. I needed, so after a quick call to check that this was still the case, I headed down last week for a look.

The river was wider than my last visit as several floods and the resulting erosion have taken their toll on the banks.
The river bed itself was very sandy and the recent rain, coarse fishermen and dog walkers had turned the banks into a mud bath … but I saw a Grayling rise!

5 days later I headed down to fish it. As there had been little rain I expected things to be very different but alas, the river was still brown and the banks still treacherously muddy. They were so bad that under different circumstances, Donald could have had ladies clad only in Stars and Stripes bikinis wrestling in it.

With no wading staff and sporting only bootfoot waist waders, I inevitably took a couple of very undignified tumbles but I eventually managed to get down into the river.
I was staring at a ‘blank’ for a long time but was given a glimmer of hope when after about an hour, the indicator finally sailed under. As I set the hook, I’m sure I felt something and saw a flash of silver but that might just have been wishful thinking. Was I beginning to hallucinate?

Several more hazardous position changes were made before I finally felt a snag pull back. Now my issue would be how to land a fish from my elevated position on the bank. Fortunately the fish wasn’t too big and I was able to lift a perfect and very welcome little Grayling into my waiting, previously moistened net.
Two smaller fish followed from another lofty perch and one fish mistook my yarn indicator for a fly!

To quote one of Americas most charismatic politicians… I’ll be back!