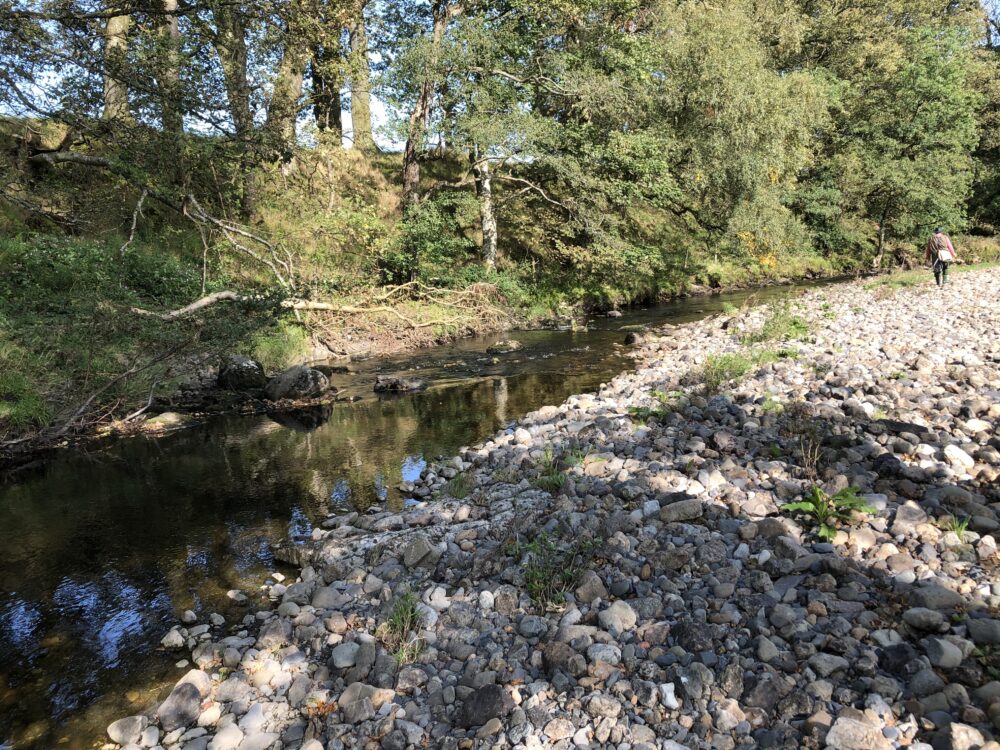 Hoylake fly fishers have access to the Bala waters and as someone who loves to fish small trout streams, I was excited to see that there were several of the Dee‘s tributaries available on the ticket. Exploring an unknown water is always exciting but can be a little ‘hit and miss’.

There are many factors to consider like the time of year, the water height and the weather in addition to the accuracy of the clubs description. I have yet to see a club openly admit that “there are no fish in this section” so it’s possible that they occasionally get a little creative when waxing lyrical about the fish presence or perhaps it’s just that the descriptions were written a long time ago.

Either way, the only way to know for sure is to go and explore it yourself which is exactly what Ron and I did on Thursday.

The Bala anglers ticket gives you access to many varied waters but in particular we wanted to explore the Lliw and the Llafar.

First however, we spent some time on the Dee Outflow. A long straight canal like stretch of even depth water that showed promise and produced a few fish. However after an hour or so, we decided it was probably better fished on a warmer day when we might be able to target individual fish with dry flies.

This is where the real adventure started. Our first destination was couple of miles down the main road out of Bala. The Llafar looked perfect when we arrived and we took the opportunity to have lunch in its far less industrial surroundings.

After a tense walk past a Bull and his harem of Cows and a limbo under the electric fence we were on the banks of the Llafar and I have to say I was very excited.

The water was crystal clear, very shallow and had very little flow. We walked and fished all the likely spots but even though Ron claims to have seen a fish of about 6 inches cruise into cover on his approach, I personally saw nothing apart from a few fry.

Whilst it’s true that many of these Dee tributaries fish much better when the main river is in flood, I was surprised that we failed so spectacularly.

After a philosophical walk back to the car, we decided to cut our losses and forsake the visit to the Lliw fearing more of the same. Instead we headed for the more familiar main river hoping to find a little dry fly action. It was just after 4pm when we arrived but we were lucky to find some feeding fish and were able to salvage the day.

A beer and a bite in the local pub turned a good day into a great one and we left happy and much wiser men. 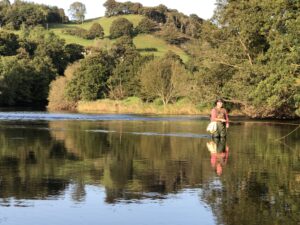