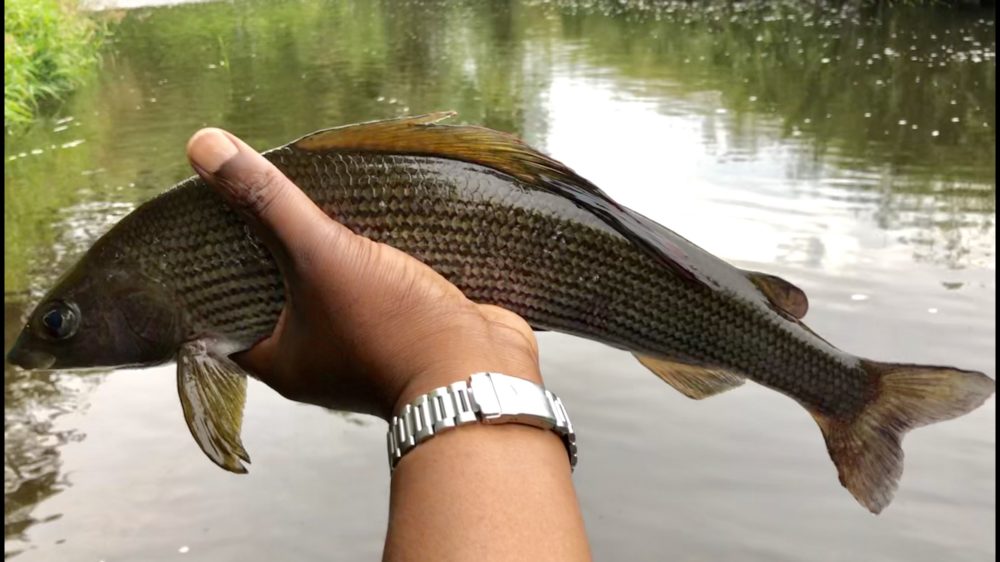 After a luxurious weekend in the Peak District, I completed my ‘recovery’ with a short, ‘back to reality’ evening session on my local industrial river.

Having resigned myself to the loss of my fly box, I felt it would be both mature and cathartic to return to the same spot with the sole intention of just fishing.

I had several small, scrappy wild brownies but again lost a good Grayling after a brief hook up.

About an hour later, I moved downstream of where ‘the event’ occurred and spotted the snout of the above Grayling taking tiny flies from the surface. A few moments later, he was in the net. This is a huge Grayling for this small river and weighed like he had indeed consumed the tungsten-beaded contents my lost nymph box…which I’m not sure if I’ve already mentioned.

Anyway, I’m over it now.